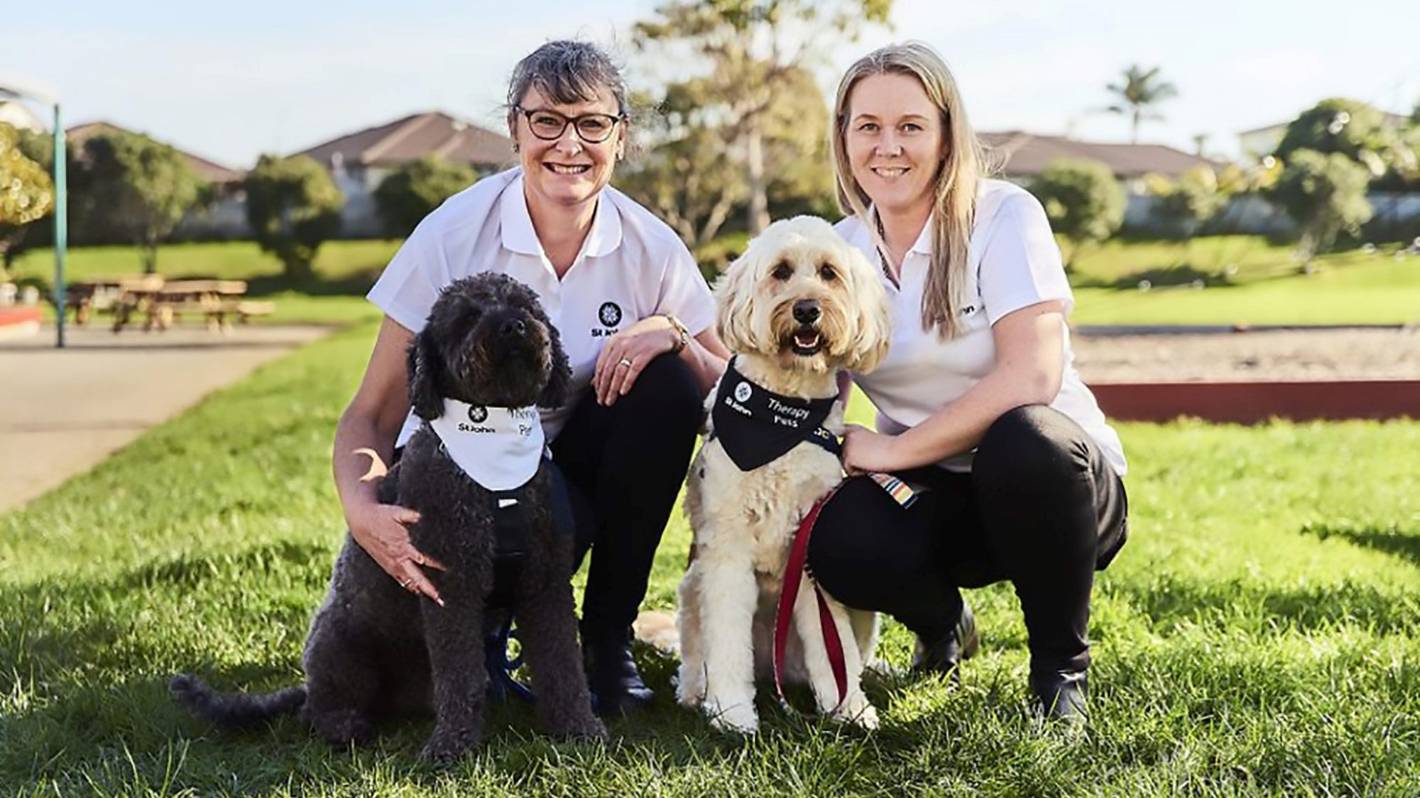 St John is launching its Therapy Pets program across the Upper South and West Coast, connecting volunteers and their dogs with people in hospital, nursing homes, assisted living facilities and schools.

Paws and wagging tails are ready to descend on nursing homes, hospitals and schools in an initiative reaching the top of the south.

Pet therapy has been soothing people around the world for decades, but now the St John’s Therapy Pets program is opening in Nelson, Marlborough, Greymouth and Hokitika – and they’re looking for volunteers.

St John’s Community Care Manager Pam Hall said the presence of an animal often brought people out of their shells, relaxed them or brought them joy during times of loneliness.

“Animals don’t judge or criticize, and they treat everyone the same. They are not shocked by human ills, frailties, disabilities or confusion. They can reduce stress and fears associated with illness or old age and they offer unconditional love and friendship.

Tyson, the therapy horse, has given patients at Nelson Tasman Hospice a welcome boost. (First published in 2021)

Dogs of all kinds, from Pomeranians to St. Bernards, have entered schools, nursing homes, hospitals and assisted living facilities across much of the country through the program, Hall said, and even a few miniature ponies of the North Island had taken part.

But she said that initially the organization was looking for volunteers with dogs that were “good, well-behaved family dogs, dogs that like to meet people – because that’s what it’s all about. “.

Stories of places adopting therapy pets speak to the incredible effect dogs have on people, she said.

In nursing homes, volunteers and dogs provided a conversation starter encouraging relationships to develop, while in assisted living facilities it allowed residents to play with the dogs, she said.

“In nursing homes…patients with dementia, sometimes they talk to the dog and no one else.

“It just affects you.”

Hall said dogs can “bring out things in people that humans can’t, I guess.”

Schools use the program for children who have reading difficulties, allowing students to read to dogs, she said.

“It relaxes them. They pet the dog while they read and they become more confident.

And she said it was a “win-win, for all three parties.”

A volunteer had told Hall that “something so small for me makes such a big difference” for the people they connect with, she said.

And the dogs also loved “enjoying the love,” she said.

Most of the time the dogs were excited when the ID bandana was put on them, she said, knowing they were about to get a lot of hugs from people.

“A lady said her dog was circling on the sofa, he was so excited he was going. It’s really cool to know that dogs enjoy it too, so that’s pretty special.

Lack of space at the Charlotte animal shelter, euthanasia case